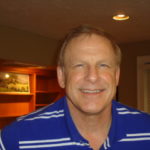 Jim has been a CPA since 1990 and is a partner in an Atlanta CPA firm he co-founded. His specialties include financial accounting, audit, mergers & acquisitions, and business consulting. Prior to and during his CPA career, he was a Navy logistics officer, seeing service in Europe, the Middle East, and Central America and retiring from military service in 2001 at the rank of Commander. He has had land trust operational experience since 1998 and founded the Southeast Regional Land Conservancy (SERLC) in 2002. His land trust experience, along with financial management and tax compliance expertise as a CPA provides a unique skill set for managing SERLC’s operations. He has a BS degree from the University of Nebraska and Masters Degree in Accounting from Georgia State University. 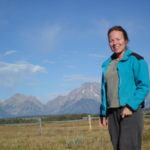 Karin has been with SERLC since the year of its inception and heads its environmental operations. She began her work with conservation easements in 1986 for The Nature Conservancy. Karin was born with a curiosity and fascination with nature which she has translated into her career. After working as an auto mechanic, professional dancer, and heavy duty construction worker, she returned to school at Warren Wilson College for a Bachelor of Art & Sciences Degree (1984) with a major in Environmental Studies (Botany Concentration) and minor in Biology. Since then she has performed environmental work for nearly every type of federal and state agency, including state Departments of Transportation, USDA, National Park Service, US Forest Service, US Fish & Wildlife Service, National Institute of Health, EPA, US Army COE, US Air Force, state Natural Heritage Programs, and numerous universities, land trusts and engineering firms. She is certified with the State of North Carolina as a Forest Stewardship Contractor. A resident of WNC since 1981, she is completing the family circle, since her great-great grandmother left NC by wagon train. 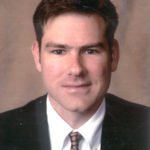 Chris has been SERLC’s attorney since 2002 and operates his law practice in Asheville. He specializes in international law, business transactions, and public policy issues. He has extensive experience in litigation and has handled cases up to the federal Circuit Court of Appeals and the US Supreme Court, in addition to state courts in Georgia and North Carolina. He holds a B.A. degree from Oral Roberts University, a J.D. from the University of North Carolina, and a Masters Degree in public administration from Harvard University.